It is 2019 and I am officially networking. Not entirely sure what networking actually is, I am making an effort to go out and meet people. I re-signed with LinkedIn, or maybe I resigned myself to use LinkedIn, which appears to be the “business Facebook” where you can like and comment on all things professional.

Apart from the mutual awkwardness involved in most networking activities, I am genuinely interested to learn about people’s problems related to my area of expertise. If you read this and even slightly suspect I might be able to help you, please reach out to me. If you think you could help me, I invite you to do the same.

Back to networking events. It seems that most of it is rather blind networking: You don’t know who you are going to meet. The filter could be being in the same city, the same industry, having the same sex, … you name it.

At those events, while we are meeting, we try to remember each other’s names and build a very rough mental sketch of those newly met strangers. Drinks are served, and often complimentary. I suspect alcohol consumption, especially in this context, alleviates the uncomfortable feeling and unease most people have in these types of situations. My gut feeling is that it is smarter to get drunk with good friends, instead of drinking while in the process of making new ones. But OK, a glass of wine won’t hurt. 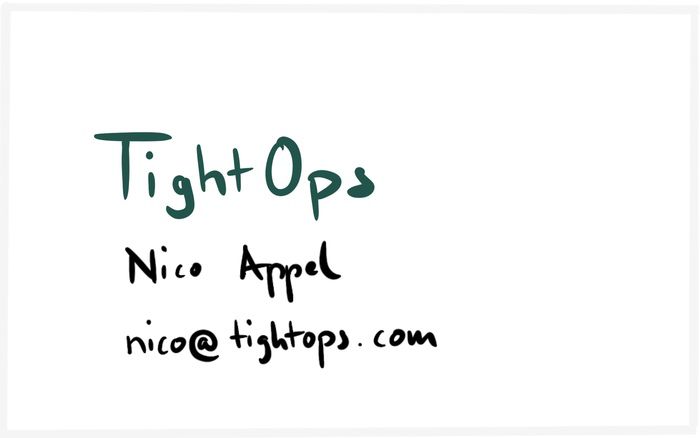 I despise business cards. I think they are sort of a waste. But hey, maybe it’s just me being subconsciously envious of people who have nice paper with their names printed on it. I don’t have any (yet). Will I get some? I probably have to. Here are my two recent experiences:

At networking event (A), everyone gets 30 seconds to introduce themselves. I get up, tell people my name and a few sentences about my business. Before I sit down again, the lady moderating this part of the event asks me for a business card. I must have said something that interested her because she didn’t ask everyone for a card. I tell her, unfortunately I don’t have business cards, to which she replies:
“That is about the biggest mistake you can make: Going to a networking event and not bringing business cards. They only cost five bucks!”

I refrain from any attempt to refute this and sit back down. During later parts of the event, I get handed about six business cards from other people and apologize for not being able to reciprocate. I promise to write an email with my contact details instead. Later that same day, being a good networker, I compose individual emails to each one of these people. After that’s done, I am uncertain about the use of the collected business cards. I will probably keep them around in my bag for a few weeks so they get “ready” for me to throw them out. ¯\_(ツ)_/¯

At networking event (B), I am among a few guests to a sort of business club meeting. The guests get moved around tables every few minutes to meet some of the existing members.

After the introductions, I sit on a larger table with about six freshly made acquaintances and talk over some food and more alcohol. Then, as people are about to leave, there is a “we should connect” moment. People pull out their phones: “LinkedIn, Facebook, WhatsApp?” I actually am on LinkedIn (since about two weeks ago). I leave with a few new additions to “my network”, but no wiser about the business card conundrum.

There’s a pizza place close to where I live, run by people from Italy. I mean, they have the appropriate accent, body language, casualness, etc. When you call them up, they’ll answer the phone with, “Buonasera.” When you give them your... Continue →